So what is a smart city? The answer to that question is increasingly important. The 2020 pandemic has raised the question of how densely populated cities function during a crisis that, by its very nature, thrives on a throng. 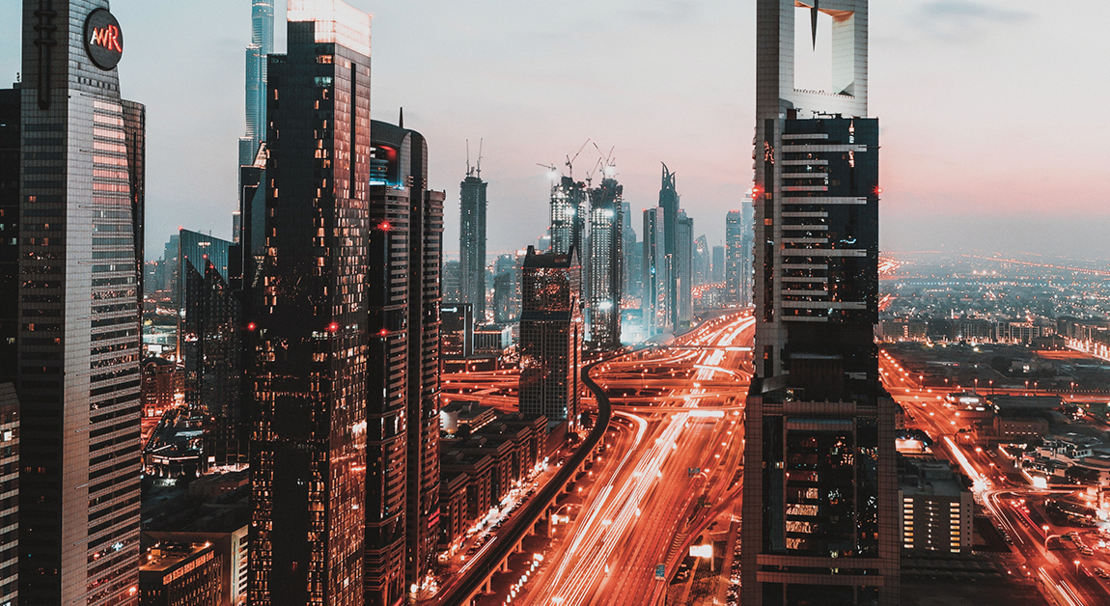 Over the next few years, you’re going to hear an awful lot about ‘smart cities’. It is a catchy term, fine-tuned to generate clicks. As a term, it is already being debated by ethicists, architects and politicians alike. Universities are already offering courses in Smart City design. The Smart City is the future – if only we could agree on what that means.  For now, the term ‘Smart City’ is vague. It can mean anything from a city with excellent internet connectivity, through to a city which has deeply embedded sensors that allow it to re-shape its urban fabric in reaction to events. Much like Web 2.0, it is a shorthand term to refer to the next evolution of technology.

So what is a smart city? The answer to that question is increasingly important. The 2020 pandemic has raised the question of how densely populated cities function during a crisis that, by its very nature, thrives on a throng. And in the wake of carnage to the retail and hospitality sector, questions are being raised as to what the makeup of the city will be in future, with less focus on homogeneous shopping and work areas, and a more disparate patchwork of living spaces. Homeworking will be increasingly normalized, even when we can return to the office, so good connectivity is non-negotiable for many workers now. Finally, there is the ongoing question of how cities can be both dense, and emphatic for the inhabitants, a tricky question with cities moving from mere cities to mega-cities of tens of millions of inhabitants.

From our point of view, a Smart City is a city that is deeply connected by network devices throughout its fabric. This is a city that has the potential to reconfigure itself to suit changing needs. Imagine a city where the lights come on automatically. Or not; maybe the time the lights come on is voted for, allowing the people who live in the city to customize its fabric to fit their needs. Imagine a city where the traffic flows seamlessly, intelligently routing around congestion, and communicating with traffic lights to ensure vehicles spend as little time as possible in a polluting idle, while still giving pedestrians the ability to cross quickly and safely. In this city, emergency services arrive quickly at their destination, with traffic automatically flowing away from their intended route, guided by the same connected technology. In this city, power is monitored in real-time, and renewable energy directed and generated based on powerful machine learning, to ensure that it pollutes less, and produces more. This is a living space shaped by its people, continually learning to be more efficient, and become a safer, more pleasant place to live.

The contrast between newer smart cities and older conurbations is going to become increasingly sharp. There are few new cities, with the most densely populated generally being laid out by folks who rode around in chariots. In addition to literally medieval layouts, technology has been added piecemeal. In London, high Victorian engineering still rubs shoulders with new glass and steel edifices, and it is Victorian engineering that still carries hundreds of thousands of commuters through the underground. Cities have technological inertia that is hard to steer, but with an explosion of new connected technology, change is coming at a much faster pace than previously. This rapid change is, in part, due to the rise of the consumer. Where previously infrastructure was created at the behest of the government, increasingly it is the consumer that holds the whip hand. Cities that don’t start to adopt smart technologies may find themselves accidentally hollowed out of the talent that demands higher connectivity and better living spaces. This isn’t limited to tech companies, but finance, universities and many more.

But what does that mean in practice?

For us, the network lies at the center of the smart city. This might sound trite, and more than a little obvious, but there are networks, and then there are networks. Smart cities will create a staggering amount of complex data traffic, moving across a great many differing physical planes, from cable to microwave through to Radio, Ethernet, Optical, Wi-Fi and 5G. All will have to work in concert to present a seamless data plane for the city to use. That data plane will be fed by a staggering amount of sensors, inputs and feeds, ranging from environmental sensors, through to smartphone applications, and IoT and physical devices such as autonomous vehicles. This is not your standard corporate cat5 network.

In addition to the sheer weight of traffic, the ability to define, filter and prioritize it is going to be crucial. Crude concepts of QoS, with specific protocols taking priority over others, is not going to cut it. Instead, context and device-specific QoS will be required, spanning disparate networks and devices. This is essential to keep the city moving, emergency services functioning and intelligent platforms fed with data. In addition to QoS, data locality is crucial, both to stay performant, but also to ensure that each link in the network is not saturated routing unnecessary traffic. Finally, each network has to be time-synchronized down to the millisecond to ensure that complex networks such as 5G can function. This is made more complicated by a network, which by its very nature, is amorphous and ever-changing. The buildings in a city may be static, but the citizens, vehicles and devices that move around it are not.

We have created our range of smart switches to answer these questions. We use the P4 network programming language in our devices to allow network operators to develop intelligent network topologies. Using P4, we can create traffic flows that are contextually aware, and sophisticated enough to deal with the staggering complexity of a smart city.

Hopefully, this brief introduction to smart cities has whetted your appetite to find out more. This is the first of many blogs that are going to go into more detail about smart cities and infrastructure, what challenges they bring, and how to solve those challenges. We’d love to chat about it – you can drop us a line at enquiries@aps-networks.com to talk about smart cities and to find out how our range of programmable switches can fit at the center of them.

The Intel Winners Circle for 2021 has been announced, and we are thrilled to be recognized within the Solution Partners…

ONF and P4 – A (packet) match made in heaven

P4, the open source programming language (which sits at the heart of APS technology) has found itself a new home within…

Timing matters to more than just lime-light starved celebrities in dance competitions. Accurate timing is at the …