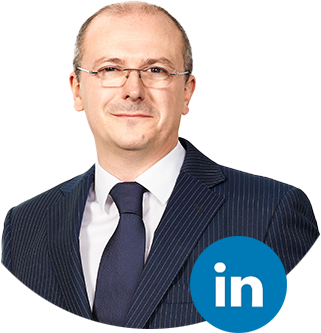 Alex has been working in the information technology sector ever since, starting his career during the heights of the “New Economy”. He bought his first computer, a Spectrum 128K in the 1980s, on which he wrote own gaming programs. His passion for technology advancements followed him into his professional life. Besides his fascination for bleeding-edge technology, Alex was drawn to connecting with people and absorbing specialized knowledge, always conveying his vision of unlimited infrastructure capabilities. In his thirties, Alex made his way through sales, marketing, business development and management roles in internationally operating IT companies.

In 2007, he was one of the core founders of the specialized VAD/VAR STORDIS, where he wrote an original business plan and secured the funding to launch the company. Alex formed the strategy of STORDIS, also known as ‘The Open Networking Expert‘, which was the first company to focus on disaggregated and programmable networking in Europe. Alex led the development of the Advanced Programmable Switches (APS®) series, which now forms the base of the current APS Networks® activities.

In his role as CEO Alex is in charge of overall company strategy, sales and marketing, social responsibility, corporate structure and risk mitigation.

In his spare time, Alex enjoys being in nature and spending time with his family. 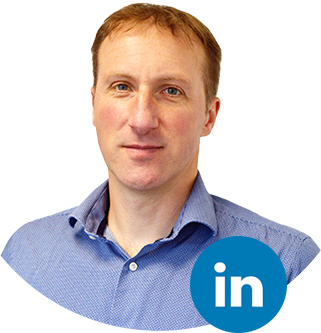 Based in southern England, Andy brings in over 25 years of professional experience within the UK intelligence community, providing strategic direction and development of high speed network environments. He has vast experience with leading large specialized teams and is a skilled subject matter expert (SME) for the identification and understanding of telecommunication environments. Andy has been responsible for large scale architectures and defining programmes of work worth millions of pounds, providing cyber security and intelligence security for UK organisations, including research and future technology gap analysis. He was the lead architect who designed the Cyber Threat Detection System for the country of Kuwait to accelerate the development of the Kuwait Cyber Strategy.

In the position of the CTO for APS Networks®, Andy is responsible for the technical strategy, products, and solutions for access and security systems. His ambition to join APS Networks® was to create an organisation which brings value and change to the industry for the greater good, by designing quality network products and solutions for customers, whilst trying to build a friendly approach to industry engagement. He strives to foster a culture of a customer-centric provision of quality network appliances and solutions that improve and simplify their management.

Andy‘s personal journey was rounded off when he adopted two children a few years ago, adding excitement and joy to his family life. He furthermore has a passion for property architecture and designing sustainable technologies for the home.